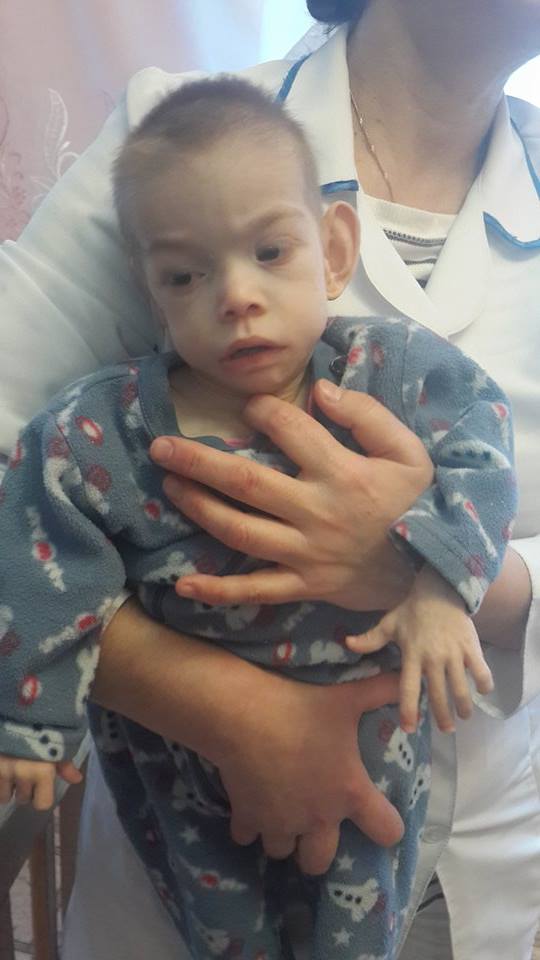 But, Auggie was still there in the back of our mind…the “what if” of our life. The missing piece to our ever enlarging crew of people. The child we talked about getting if  everything was perfect, we could afford it, our house was done, and our kids were doing well.

Laugh with me, or at me.

Our life was entirely the opposite of ready. Completely the other side of perfect.

We found out Auggie may become re-available (is that even a word?) in the midst of absolute craziness. In the midst of one of our children falling apart. In the black, dark pit…In that time was when we got information that we may be able to get Auggie out. In the most inconvenient, inappropriate time. So we thought that surely, surely we just could not. We could NOT.

We prayed. Sweet Moses, how we prayed.

And in a decision that went against all my rational, logical upbringing ever taught me…we said yes. But only sort of. The possibility that Auggie would still be unavailable was rather large. And we knew he was in a delicate condition…could he travel? Would he survive? I prepared myself for the probability of Auggie not ever getting home. We did some paperwork, but assumed chances were strong that it just wasn’t going to work.

Then door upon door opened.
Resources made available.
One mountain after another moved.
And the Lord clearly, graciously whispered: GO.
And when I ignored and fought and disregarded what was so clear…
He yelled.

So off we went.
To Cherkasy, Ukraine.
To meet a boy we were not prepared for.
An 8 pound 4 ounce 4 1/2 year old.
A starved, emaciated, withering bit of humanity. 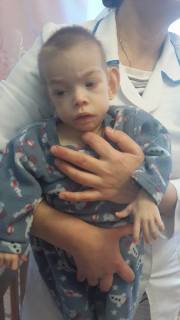 A precious, weak, broken boy.
With the sweetest smile. 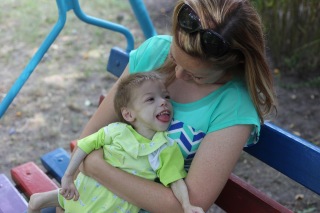 There is no part of me that was prepared to hold a starving child. I could feel every. single. bone. jutting out of his little body.

But he was alive.
His breathing was labored. His skin color was a pasty white-ish gray. All his veins and arteries clearly visible through the pallor. I could put my thumb and forefinger around his thigh with space to spare.

And I was so sad for this boy. And the others there with him.
And the series of injustices that put them in this forgotten Ukrainian orphanage.

After the cross-oceanic commute. We had court. And the orphan previously listed as “Augustin” aka Auggie, became Gideon David August. Loved son, big brother, little brother, grandson, nephew…a beloved, precious and important member of our tribe.
Thank you, Jesus.

Because of his fragility, we left him in the orphanage as long as we possibly could to keep from shocking his system and to stave off refeeding syndrome until we could get to the states and the blessing of American medical care.

But his day of freedom did come.
Former orphans leave orphanages with nothing. They own nothing. I brought 12-month-old clothing for him to change into. It was completely enormous. He was entirely swallowed in blue and gray fabric. The nannies tucked his pant legs into his socks to keep the pants from dangling long past his feet. And rolled the arms up repeatedly. We made it work. 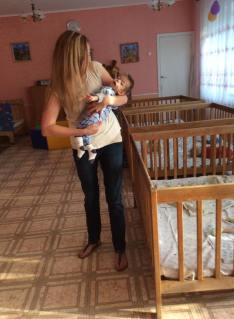 I walked my son out of that place forever.
He was scared. So was I.
We waited in Kyiv for his visa and then we were on our way home-ish. Via the large children’s hospital 3 hours from where we live. This turned into a two week stay to stabilize our boy.
Many times it was a frightening visit. And long. And tiring. And beautiful.
We met the most wonderful doctors, nurses, therapists, case managers. I am forever, forever grateful for the beginning they gave Auggie in his new country. When I was a blubbery, bumbling mess, these sweet doctors and nurses and staff guided, encouraged and treated Auggie with tremendous kindness.
There were days when Auggie just felt bad. 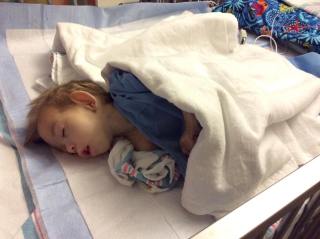 And days when he would perk up for a bit.
Which was so much fun. 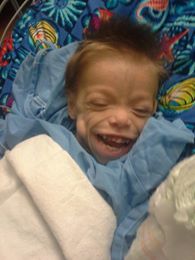 And slowly.
Bit by bit.
Life was restored.
Our gray-ish boy is, in fact, olive-skinned. Dark hair. Dark eyes.
Completely and wholly beautiful. 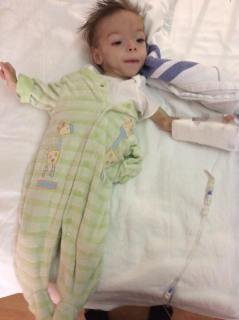 During all the testing and doctoring…nothing was discovered out-of-the-ordinary with Auggie. He has cerebral palsy and was severely malnourished. All other medical issues are secondary to his severe undernourishment. Our boy needed food. And has needed it for a long time. It just seems so simple.

Auggie is now home. And adored. His bigger siblings cart him around constantly. And his only younger brother, Adam, kisses him 500,000 times (or more) a day.

I will absolutely never understand why and how we live in a world with simultaneous epidemics of gross excess and gross want. Why my son was left to starve. Why his little roommates are starving still. There is no person that will ever acceptably explain this. Because there is no acceptable explanation.

Auggie should never be 25 + pounds lighter than his younger brother.
And smaller than his 4.5 month old cousin. 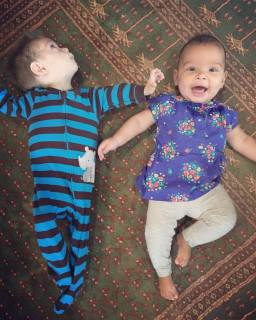 I have become convinced that to be indifferent, to do nothing, to ignore, to refuse to act, to stand back and allow broken and wounded populations to continue to suffer…this is the great sin of our lifetime. We are a generation of emotionally paralyzed people, and thus our behaviors become paralyzed. We spend so much time waiting for a sign, a signal, a calling…that we forget to DO. This simply must change. We as humans, as fellow travelers in this life, in this moment, must work, and work HARD to change what is unjust. The moment is now. Stalling has only ever cost us liberties, time, and lives. The procrastination just isn’t worth the price.

So, I end this Auggie adoption nutshell (with bonus morality lecture) saying:
GO and DO.
Change the world.
Change a life, and in so doing change YOUR life.
Pay attention to the brokenness.
Give generously.
Love big and refuse to look back.
Even when it is hard, you will never regret it.

It is a life of service. Full and beautiful. Broken and hurting.
Exactly where we are supposed to be.
If we had gone with our initial instinct and decided we just couldn’t squeeze in another, new #8 would not only not be with our family…He would no longer call this world his home.

So please. Go.
Say yes, and simply begin with go.