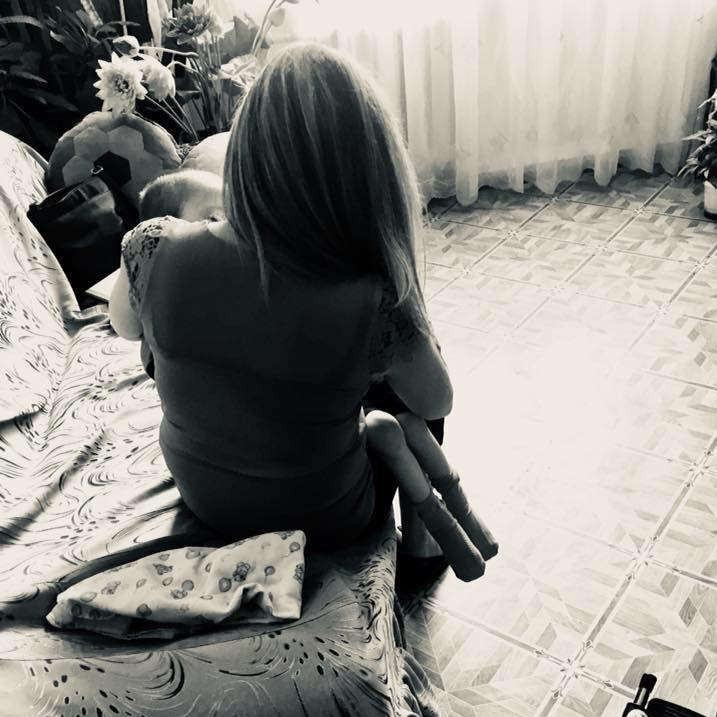 Well, my friends. We have been rather busy around here.  Life has been odd, as usual. After Auggie died, we sent paperwork to his first country in order to keep that door open – we just weren’t ready to say no forever. And then, on March 21st, I got a phone call letting us know we could go back to Eastern Europe.

Last year, it was the last day I held Auggie’s smiling, breathing body on this earth.

This year, it was the day we were faced with an opportunity to choose to go again.

I cried my face off. I do that a lot of late.

My children were thrilled. As always, they are better humans than I am. I freaked out a bit. I come from a long line of people genetically programmed to wig out. If you need an over-reaction to any external stimulus – we are your people. So after the hyperventilating and phone calls and appropriately placed cursing – Nigel and I hopped on a plane to head back to Ukraine.

We have adopted from Ukraine before, it is never the same. The political climate is fluid with laws and policies and politicians constantly in flux. And this time just kind of hurts, I think simply because we are more aware of how life works and doesn’t work. Auggie taught us that in the most beautiful and horrible ways.

We met with government officials and were given permission to meet one little boy that lived his first 5 years in a baby house until his transfer to a rural institution – where he has merely existed for the last 10 years. In case you are counting – he is 15.

We have met him, had court and done paperwork. He is legally an Irons – he proved this by promptly pooping on me during our last visit.

I can answer that in two ways.

The emotional answer: Because we saw a tiny boy in need of a family. And luckily enough, I have a family. Full of broken, hurting, normal, extraordinary kids. I love my children, but even better- I like them. They are fantastic humans, and it has been my ultimate joy to live this life with them.

The logical answer: Because we have the capacity, the means, the willingness to do this again. Because the number of orphans in the world is not ZERO – because that is the goal – to work all social service agencies out of a job. If we look only at the numbers – living in a world where all the family-less children are set into families IS possible. But, it requires our surrender, our sacrifice, our discomfort. The reality is not romantic. The day-in and day-out struggles are real. I know this.

The new Irons has presented me with a unique conundrum. He is 15, so chronologically, he falls between Joseph (#4) and Mia (#5). And if I made him the new #5 – everyone Mia-and-younger would have to change numbers. And the number 8 is retired, no more number eights. So, he is #4.5, which seems appropriate given that he is such a teeny boy. I am also old-ish, and changing up numbers now could be problematic for my geriatric brain. #4.5. It works.

Little boy is as delicate and fragile as he is brave and strong. While I have taught him nothing thus far, he has already begun educating us. 5 years in a baby house and 10 years in an asylum, but he can still smile. A big, crooked grin – lighting his face and contagious to all who see.

I believe God does things for a reason. I believe people come in and out of our lives with purpose. Like Auggie. Like so many friends and family. Like all of our children – fostered, adopted, unofficially, officially – it doesn’t matter. All gifts woven together as a precious story of grace. Just like our boy.

Little One,  I would like to apologize in advance for Adam who will accost you the second you show up. And for Asher who will blow farts on your arm and will spit-kiss you directly in your eyeball (learning to quickly turn your face and get spit in your ear as opposed to the eyeball is an important skill in our household).  I know we are an obnoxious bunch.

You should know that you have a little brother. One you will never meet. You shared a country, and surprisingly, lived in the same region just a few miles from one another until Auggie joined Tribe Irons. His legacy is as much a part of your life as it is ours. He, like you, was a teacher. A brief life poured out to school all of us in the intricacies of living.

I hope you find us less annoying than we often find ourselves. And that life outside of a crib is a like a good, deep breath – spreading energy to body and soul. I usually wish for my children to be brave-because I always wanted to be-but you already are. I also wish you wouldn’t poop on me – but too late for that.

Welcome, son. We love big and loud. We do family imperfectly and unconditionally. And we cannot wait to have your sweet face on this side of the ocean. You are no longer among the  unknown, unnamed men in a rural asylum.

You are a precious brother to a group of ridiculous humans.

You are Atticus Jaxon.

How we love you.