2014 will be a memory in short order. For our family, 2014 has been wonderful and horrible. Exhilarating and frightening. It has been a year of extremes for me. Maybe that is standard…I don’t know.

This year, obviously, one of our enormous life-changes was adding our two teeny boys to the family. I am not sure if I can adequately put into words how I feel about these two…
Some days, they make me crazy.
Adam is still attached to me like a sweet, squishy barnacle. And when he isn’t attached to my person he is hollering. He is the most obstinate child I have ever encountered.  Because no amount of walking away, saying “no”, or ignoring will make him stop begging to be picked up. Solitary trips to the commode are now a thing of a past life, devoid of Adam.
Asher is an excrement machine. I have NEVER been excrement-ed upon as many times as I have in the last 8 months. Poop in the tub? I can clean it with my hands. Yes, people. My BARE HANDS. That poop-squealing girl from when the boys first came home? Gone. There was tub poo five times today. FIVE. And Nigel only cleaned it once…bless him.
Even when they have pooped on me, peed on the floor (and belly-flopped into it), screamed, yelled, broken kitchen utensils, thrown shoes down the air vent, launched themselves (clothed) into an already-run bath, and stayed awake until midnight…I still just love these boys.
I love their sweet giggles and peculiarities. I love Asher’s obsession with facial hair and chins. And I love Adam’s excited scream when he gets to eat crackers for snack. Because in Adam’s world, crackers are five star cuisine.
I love these teeny boys.
My wonderful big kids. They have taken the 2014 changes in stride. I am so very proud of all of them. For some reason, they adapt much better than I do. I have not heard any of them lamenting over the time the babies take or that they are too loud or too smelly.
Not. One. Kid. Not one single time.

We are now a permanent family of eight kids. It just sounds insane. When I see pictures of us, I think “That is A LOT of kids!!” But in our real life, it doesn’t feel that way. Our life is fairly normal and mundane in many ways. Doctoring visits, therapies, activities, church, friends…you know how it goes.

My bigger kids are getting bigger and more and more compassionate to life around them. Adam and Asher have taught them lessons that Nigel and I never could on our own…Let me list them for you, because I really like lists and lessons.

1. To be kind even with no reciprocation.

This is one of those lessons that I have been trying to teach my children for as long as I have been their mom. Be kind, even if kindness is not returned, be kind anyway. These little boys have taught this lesson in 8 short months.

For example: Today, Asher was all wonky. He was just mad. TC would pick him up and Asher would yell and cry and TC would just hold him. TC wanted Asher to calm down and be glad he was being held, but Asher just was not happy. But TC didn’t give up and he didn’t get angry.

Knowledge of Adam and Asher’s past life has really made a remarkable impression on the older children. You will very rarely hear anyone in my house say: “I’m starving” without being dressed down by a sibling. “No one in the house is starving, there are really people starving and YOU are not one of them.”  Amen.

3. To be protective of one another, even when it is hard.

The truth is, this road we have chosen has been intensely difficult at times. But this has not kept the entire group of eight children from bonding. The six older kids love their new brothers more than chocolate. More than Christmas. More than new bikes, roller blades and roller skating.
Don’t mess with the teenies.

The older six have been asked many questions about the little boys. Some nice, some not-so-nice. A word to the wise: Do not refer to Adam and Asher as “The Downs boys” or ask “What is wrong with their faces?” Just. Don’t. The big kids will sharply explain how we use people-first language, or just their names, and the boys are not defined by their abilities or disabilities. And as the lecture continues on it gets more and more intense, all culminating with at least one child loudly proclaiming: “AND NOTHING IS WRONG WITH THEIR FACES!!!”

I don’t mean that my kids have never loved before. But generally, they get something out of it. A nice smile, a kind word, a warm and fuzzy feeling. With Adam, you might get a sweet response that includes a fist bump and a lot of loud, purposeful babbling in reply.

With Asher. Not quite as much. Asher does not try to say TC or Celee or any of the other kids names. In fact, he still says nothing at all. And sometimes, tender-hearted Mia will ask in a quivering voice, “Mom, will he ever say anything?” and then I have to tell her the truth, I really don’t know. And my sweet Mia will gather Asher up and squeeze him and say “That’s okay, Asher, you don’t have to talk, I can talk for you.”

And then I cry. Again. Not from sadness. But from thankfulness.

Thankfulness for my eight children. Thankful for my kind, laid-back, up-for-anything husband that kept our six big kids for two months while I was in Ukraine to get one boy, and came back with two.

And that is how I will end 2014. With an overwhelming sense of gratitude. Because while this year has brought anguish and despair, it has also brought redemption and grace. Lives in our household have been altered. It has not been simple or easy. Change never is. But we are witnessing loneliness transformed. And beauty slowly being restored.

Thank you for joining us on a portion of this journey.
Leaving you with a few pictures from this year… 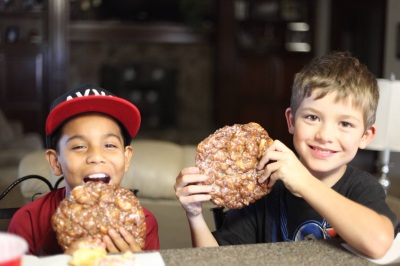 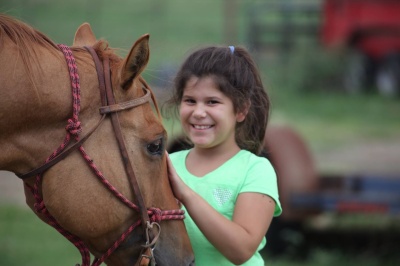 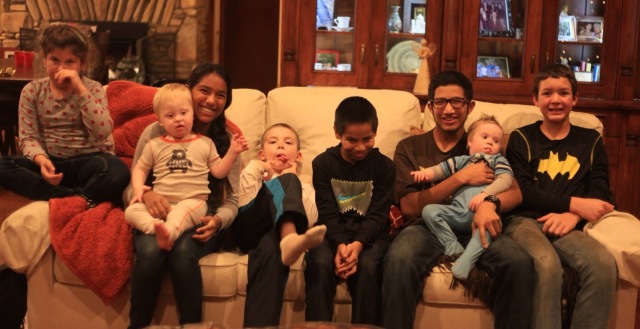 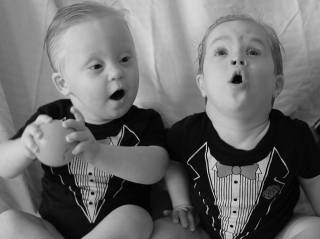 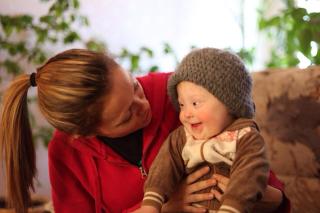